What is Myasthenia Gravis?

Myasthenia Gravis causes due to weakest muscles. It’s a long-term condition. We take these kinds of symptoms in a very coolest way. Rather, we should be alert from these symptoms. Such as, when you’re eating you may hear voices which are coming from your jaws. Furthermore, you face difficulty to eat your meal that just because of your muscles get weaker day by day.

Myasthenia Gravis is commonly recognized as a neuromuscular disorder. It occurs when the muscles and nerve cells communication become weak. It’s most commonly occur in one or two members of the family. Myasthenia Gravis is difficult in pronunciation (My-as-theen-ee-a grav-us).

The disease most commonly affects the muscles of your eyes. People with MG suffers from the dropping of the eyelid. The disease also affects the facial movements. You may suffer from disabilities to chew your food. You can also feel hardship in eating your food.

It is the neuromuscular disease which occurs by the fewer strength muscles. Similarly, it is also characterized by weakness and tiredness. The typical five types of Myasthenia gravis are :

It can cause by the genetic defect. Typically inherited by both the parents. Rather than, the weaker immune system disease. It occurs due to the change of the gene. The communication between muscles and the nerve cells get affected.

The skeletal muscles which are in the control get affected. The common symptom of Ocular MG is dropping of the eyelid.

The patient with generalized MG has weaker muscles. They can notice unnecessary tiredness during the routine. Generalized MG can affect facial functionality.

Juvenile MG is a rare form of Myasthenia Gravis. It is usually seen in children and adolescents. It is a chronic condition which requires life-long management. Its symptoms are fatigue, muscular weakness, which is treatable. Its generalized weakness with arrival before 18 years of age.

Myasthenia Gravis cause by the autoimmune problems. This occurs when your immune system attacks your healthier tissues. Due to which antibodies that normally attack the harmful substances of the bodies. It starts attacking your neuromuscular junction. The attacks on neuromuscular junction affect the communication between your muscles or nerve cell. Due to which you can face the muscles weakness.

According to scientists, the exact causes of MG are unclear. One theory mention that the viral and bacterial effects cause the muscles weakness.

MG can affect any races and any age group. Mostly women are with MG are highly diagnosing in the age of 40. The man with MG is the diagnosis at the age of 60. 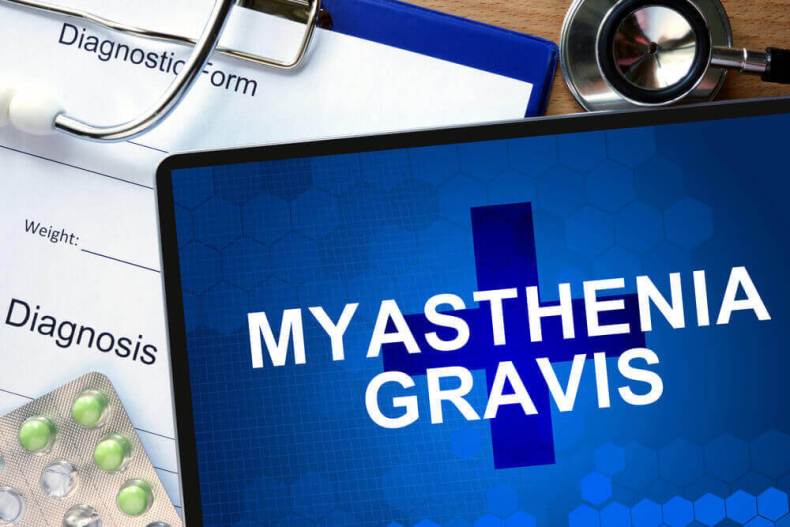 For the test of MG is include first go to see your doctor. He’ll ask about all the thing which you’re facing in your daily routine. Furthermore, he’ll ask about your history symptoms. He’ll exam your full physical functionality.

Change your lifestyle means changing in your diet. Low-quality fast food affects your immune system. Also, active those substances which can affect your immune system. Try to eat healthy food. such as fresh fruits, and vegetables. Intake all the vitamins which are beneficial for your healthy body.

The patients of MG have a weaker immune system. The removal of the thymus gland may show fewer weakness muscles.

Avoid being in around those people who may are the reasons for your sorrow, stress or sadness. Try to be with those you make you happy. Most noteworthy, when you’re happy your whole body feels the energy. The more energy you have the more power you will feel. As a result, you can fight with anything. Probably happiness makes your immune system healthier.

This site uses Akismet to reduce spam. Learn how your comment data is processed.